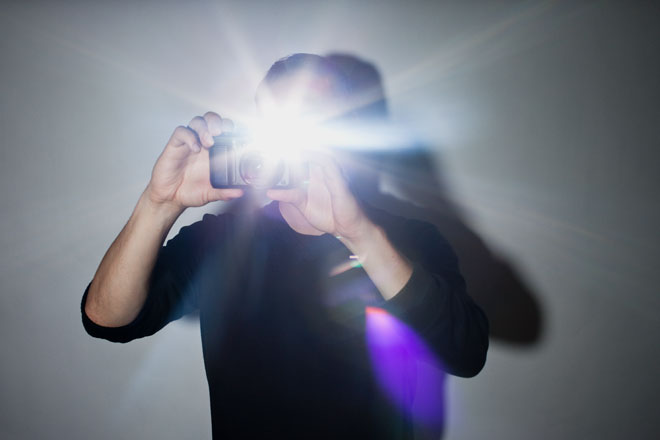 Summer is a great time to take a break from technology–but just in case you needed another excuse, here’s a reminder of the perfectly well intentioned technologies all around you that should never have been invented.

Wired leads us off with 12 of the World’s Most Annoying Technologies, including the leaf blower, the bluetooth headset (fashion crime!), the aptly named wall wart, and of course, the camera flash.

Most of the time it doesn’t help. You’re either too far away from the action or you’re too close. That photo you shot at the concert? Still dark. The flash didn’t help, and everyone within a four-foot radius is nightblind now. That photo from the girls’ night out where your friends were two feet away? The flash made them look like ghouls. Go to your smartphone or camera’s settings and turn off the flash. Do it now.

Wired‘s readers jumped on the bandwagon to add their own dirty dozen, including phone voice recognition, car alarms, and of course, Facebook, whose PC use is now declining (though its mobile use isn’t).

What to do about these digital demons? You could choose to be connected to the land, not the Web like the Mennonites. You could teach kids to farm, not code, like Kim Burgess’s dad.

Growing food is far more challenging, requires an order of magnitude more knowledge and continuous learning and dedication. It requires us to be connected with a real world of which we still know almost nothing compared to what there is to learn. The way we do it has huge intergenerational consequence for people and everything else that lives on this planet.

Why are programmers granted such high status and wealth in our society for living in a self-created self-indulgant intellectual world of constant escapism – and yet farmers are regarded with such distain when they operate on the most important boundary between society and the biosphere? It’s all very well stating that all human beings should learn to code (and dance and sing) but it is far far more important that all human beings learn to interact with the natural environment and understand the basics of food, water and shelter.

The Amish are famous for shunning the modern world, but Howard Rheingold noted that many Amish communities experiment with newfangled gizmos like cell phones and then decide whether they enhance or sunder the social fabric. To follow the Amish would be to examine a technology after its introduction and ask whether it’s actually helping or hurting.

In some contexts, that approach may lead to the radical conclusion that the best interface is no interface.

Several car companies have recently created smartphone apps that allow drivers to unlock their car doors. Generally, the unlocking feature plays out like this:

Thirteen steps later, she can enter her car.

The app forces the driver to use her phone. She has to learn a new interface. And the experience is designed around the flow of the computer, not the flow of a person.

If we eliminate the UI, we’re left with only three, natural steps:

Anything beyond these three steps should be frowned upon.