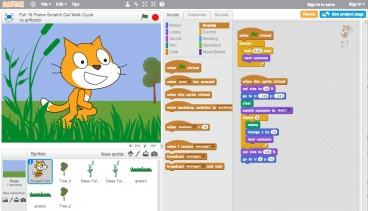 Millions of registered users have played with MIT’s Scratch, the interface that helps you learn to code by snapping Lego-like colored blocks together. The new browser-based version will include blocks for making surveys and Webcam-based games. But will the fact that it’s being written in Flash repel its target audience?

END_OF_DOCUMENT_TOKEN_TO_BE_REPLACED

The brave new world is full of technological innovation.  It’s also full of people trying to grab onto the profits they generate. So when new products come out, companies holding patents that fringe on their concepts file lawsuits. Are many of these lawsuits frivolous? Sure. But defending against them racks up major expenses.

Discussions on patent trolling aren’t new. But DevsBuild.It via Techdirt adds a particularly juicy interview into the conversation. Techdirt setup the story quickly by describing the complexity of the issue: END_OF_DOCUMENT_TOKEN_TO_BE_REPLACED

You won’t get your next copy of Photoshop on a CD or via download. Adobe has announced that its popular suite of editing apps, including such graphic design workhorses as Illustrator and Dreamweaver, will be sold by subscription only.

END_OF_DOCUMENT_TOKEN_TO_BE_REPLACED 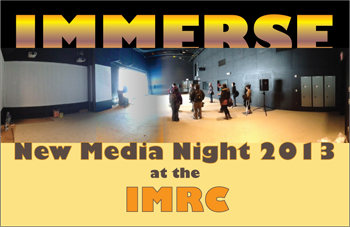 The 2013 New Media Night opens tonight from 6-8pm at the University of Maine to celebrate the unveiling of a new center for whiz-bang art and innovation.

Funded by a $3.9M bond in 2009, IMRC (pronounced “immerse”) is chock full of cutting-edge toys, from 3d printers and laser engravers to 360-degree projections and moveable walls.

This opening show is the 8th annual New Media Night, where our best students exhibit their visions of the future. This year’s crop ranges from walk-in immersive videogames to autonomous shadows to social networks for gardeners and boulder climbers.

END_OF_DOCUMENT_TOKEN_TO_BE_REPLACED

I found myself at Los Angeles’ Wilshire Blvd and Fremont Street, at night and without my normal point-and-shoot camera. Therefore I took pics with my iPhone 5 — which produces a certain burnt style — of an area that had me very surprised. Among the South LA community, here were private, gated communities, church headquarters, and a Masonic Temple that can rarely be used because zoning doesn’t permit its use. END_OF_DOCUMENT_TOKEN_TO_BE_REPLACED

Walking through the Figueroa Corridor in South Central, Los Angeles, it is difficult to overlook the wave of urban developments. If you haven’t visited the area, you may have already seen it through popularized photos of fast food chains between Jefferson Blvd and Adams Blvd used as an icon for “food deserts.” These so-called deserts are short on healthy food options and high on fatty foods, and the commercial zoning of the Figueroa Corridor coupled by a large mix-used inner-city/university population has lead to a proliferation of prefabricated options. Though the restaurants are iconic of the area, due to a number of factors including the expansion of nearby University of Southern California, the re-emergence of Downtown LA as a cultural and economic center, and the relatively cheap land value of strip-malls, the northwest end of South Central is losing its fast food chains in favor of multi-story housing facilities. Re-enforcing the trend away from the strip-mall towards a more fashionable aesthetic is the style of the new developments: marble-looking columns meet archways at entrances, statues line the walkways, and brick is mixed with stucco.
END_OF_DOCUMENT_TOKEN_TO_BE_REPLACED

Sure, there’s no paycheck in the mail every two weeks, but look around your home. Do you have a car? A computer with Internet? A backpack and good pair of shoes? You could be paying the rent as a micro-entrepreneur, piggybacking on a new wave of platforms that connect people who need stuff done with people willing to do it.

END_OF_DOCUMENT_TOKEN_TO_BE_REPLACED

Video of the lecture Lessig gave at Harvard last Tuesday about Aaron Swartz.

In the wake of the tragic death of social activist Aaron Swartz, many, including some in Washington, are asking how the law should respond. In this lecture — radically personal, deeply non-disinterested — Professor Lessig reflects on the life and work of Aaron Swartz, and how that work might be honored.

New media provocateur John Bell remixes famous book covers to show what they would have looked like if this year’s big literary merger had chosen the name Random Penguin.

END_OF_DOCUMENT_TOKEN_TO_BE_REPLACED

It’s not uncommon to see an UFO fly through a home video. Sometimes there are telltale signs of forgery such as fishing lines holding up the ship. More recently computer graphics have removed those strings, but close examination can reveal the ruse — maybe the lighting is off just a little.

Enter Aristomenis “Meni” Tsirbas. Last year he uploaded a YouTube video with a standard CGI spaceship. Except in this case, the aliens think you are fake. Why? Because in Tsirbas’s video, everything is computer-generated:

But while the highly detailed alien ships were obviously fake, the even more surprising thing about the clip is that nothing else was real either. Every single element in the 39-second clip was computer-generated, from the car the supposed cameraman is driving to the cloudy blue sky where the alien crafts appear.

They go on to quote Tsirbas on his intensions:

The point of the video was to prove that CGI can look natural and convincing,” Tsirbas told Wired. ”Everybody assumes the background and car are real, and that the UFOs are probably fake, especially the over-the-top mothership at the end. The general reaction is disbelief, so I usually have to prove it by showing a wireframe of the entire shot to prove that nothing is real.

Internet, meet hierarchy. As Felix Salmon points out in a timely article from earlier this week, “How capitalism breaks the web,” the dream of an internet teaming with non-professional blogs, open content, and online identity is now lost to a small consortium of “web-hostile” hubs such as Facebook and Instagram. The cause? As Salmon describes, many web contributors would rather go with user-friendly interfaces than explore all that the web has to offer. END_OF_DOCUMENT_TOKEN_TO_BE_REPLACED

Just in time for the 2012 US elections, Wired lets you finger your politician’s sponsors–NASCAR-style.

Try it before you vote!

END_OF_DOCUMENT_TOKEN_TO_BE_REPLACED

Now that Secretary of Defense Leon Panetta has warned of a possible Cyber-Pearl Harbor, it’s time to change your passwords. And guess what: a more secure password is actually easier to remember, if you follow a very simple rule.

END_OF_DOCUMENT_TOKEN_TO_BE_REPLACED 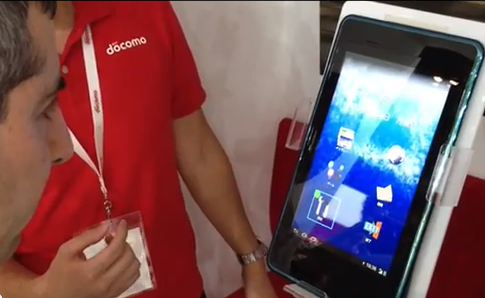 Having trouble reading the news on your Samsung Galaxy while juggling a coffee cup? If you must use your tablet with only one hand, this demo shows users using only their eyes to interact with their tablets.

Plus Microsoft is looking for a few good ideas for Surface apps.

END_OF_DOCUMENT_TOKEN_TO_BE_REPLACED 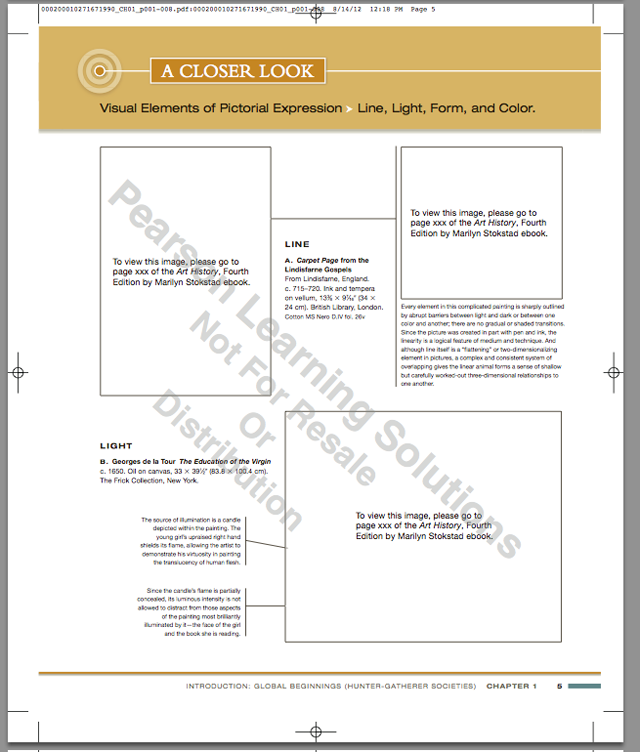 As reported in numerous outlets today, publishers at the Ontario College of Art and Design realized their art history book would have cost $800 if they secured the rights to every image. So they chose the nuclear option, replacing each illustration with a white square and instructions to look the photos up online.

Not to worry! This approach should work fine for artworks like Kasimir Malevich’s White On White, or Robert Rauschenberg’s White Paintings or Erased De Kooning Drawing.

END_OF_DOCUMENT_TOKEN_TO_BE_REPLACED

The world’s most innovative animation and game companies have just put their video software in your hands.

END_OF_DOCUMENT_TOKEN_TO_BE_REPLACED

Are late-night TV and backlight videogames a cure for insomnia, or the cause?

END_OF_DOCUMENT_TOKEN_TO_BE_REPLACED 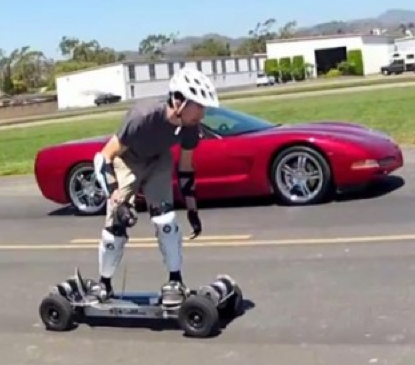 Summer may be over, but there’s still time to get some action footage while the weather’s nice. Wired reviews your options for point-of-view cameras–and yes, shows an electric skateboard holding its own against a Corvette.

END_OF_DOCUMENT_TOKEN_TO_BE_REPLACED

This is the third in a sequence of Public Spaces essays that I’ve been compiling here on NMDNet. The first essay began at New York’s Wall Street not long after the police there shut down Occupy Wall Street and noticed how the streets in downtown had become “dead space.” The second visited Florence Ave & Normandie Ave, reflecting on how the site of the start of the 1992 Los Angeles Riots is now a passthrough for cars and gas stations. This third essay gained inspiration from a 2010 blog post and a walk to a neighborhood bus stop. First, I was cruising some keywords in the blogsphere and stumbled on “Downtown Loses Its Cherry Street, Becomes ‘L.A. Live Way’” by blogdowntown‘s Eric Richardson. This was no surprise as Downtown LA, about a mile north from where I live, has seen a massive redevelopment named LA Live that includes the Staples Center arena. After reading the blogdowntown article I didn’t think much of Cherry Street until I walked to the nearby bus stop with a few minutes to spare.
END_OF_DOCUMENT_TOKEN_TO_BE_REPLACED